Posted on October 18, 2017 by Nicole Palange in Maintenance 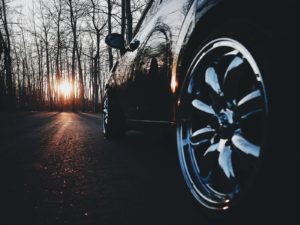 Most people don’t replace their car’s belts until after they fail but, if you’re reading this article, you’re probably not willing to wait for the inevitable to happen.

Belt replacement is a key part of preventative maintenance, as belts play a crucial role in many engine functions.  Thanks to modern manufacturing, most automotive belts last much longer than they used to.

But that means that replacement recommendations have also had to change and adapt.

The easiest way to find out the approximate lifespan of your belts is to call your dealership repair facility, the belt manufacturer, or your local mechanic and ask.  If you don’t have a regular shop or trusted mechanic, you may get varying estimates.  Most mechanics will probably suggest having an inspection of your belts done, so they can see the belts’ conditions before making a recommendation.  While some are are difficult to spot, most signs of wear can be seen visibly, such as:

Any of these signs warrant immediate replacement.  Belts that have been contaminated by grease or oil should also be replaced, as these fluids tend to deteriorate belt material.

It’s important to keep in mind that how your vehicle is used can also be a factor.  Operating your car under “severe” weather conditions will accelerate the wear on most belts (as well as on other vital parts) which will probably be noticeable during a visual inspection.  Conditions lie winters with freezing temperatures and summer heat in the triple digits would be classified as “severe” and become a factor in belt life.

Knowing the condition of your vehicle’s belts, and getting them replaced when worn, could save you from a costly and inconvenient repair. If you want to know what shape your car’s belts are in call us today at 413-314-2280 or schedule an appointment online.